In the Department of Music, a strong increase in artistic activities was observed in recent years, in both the performing and creative areas as well as in the areas that connect both types of activities. Our teachers have ensured the visibility of our University and cultural environment even in international settings, along with popular domestic achievements and prestigious awards. In this context, especially the Duo Clarguitar, comprising the clarinettist Slavko Kovačič and the guitarist Žarko Ignjatović, stood out among other reproducing subjects, with concerts performed at important festivals in Washington, New York, Cambridge, Massachusetts, Ottawa, Canada, Györ, Moscow, and Geneva. Moreover, each of the two members of this Duo developed his own rich concert activity, either as a soloist with solo recitals in Poland, Austria, Belgium, Portugal, Moscow, China, or in combination with other renowned soloists, such as the violinist Anja Bukovec, the singer Barbara Jernejčič-Fürst, the guitarist Jerko Novak, the pianist Jakša Zlatar, and others. The flutist Cveto Kobal performed a concert with the pianist Jakša Zlatar in Pula, the A. Kumar’s work for flute solo in the Slovenian Philharmonic Osterc Hall, and participated at three Laibach Band’s concerts in Berlin. Mention should also be made of Adriana Magdovski’s solo pianist performances in the Chopin Salon in Warsaw, a recital for the European Leadership in Wisła, Poland, concerts in Paderbon, Germany, Salzburg, and at the Maribor Festival. Members of the Department of Music released also several CDs, both their original and in cooperation with other musicians, published by renowned national and foreign music publishers, and in terms of cooperation within the University, it is especially worth mentioning the CD, Adriana Magdovski plays C. Franck and T. Svete, which was published in 2019 by the Classica Slovenica music publisher. The area that most strongly connects creative and reproducing spheres within the Music Department is certainly the area of choral conduct. In the said period, the lecturer Tadeja Vulc proved herself in an equally convincing way in both the area of composition and the area of choral conduct. As a choir leader of the Maribor Academic Choir at the Department of Music, and of other vocal groups, she increased the level of choralism both within the University and the entire Slovenian cultural space, and she received a number of prestigious national and foreign awards for her concert activity (silver plaque at the international competition in Miltenberg, Germany; Grand Prix – 4th place at the International Gallus Competition, etc.), and participated at important festivals, including the Slovenian Music Days with the girls choir of the Faculty of Education. In the area of musical composition, Nina Šenk held performances in Toronto, Munich, Paris, Tokyo, and at BBS Proms in London, where her musical work was performed by the Berlin Philharmonic Soloists; and she also worked with eminent soloists and chamber ensembles, from Slowind, and TASF, to Ensemble intercontemporain, as well as with many orchestras. In the said period, Tomaž Svete composed his eighth, ninth, and tenth operas in a row, and received in 2016 the prestigious Kozina Award of the Society of Slovenian Composers as the most prolific Slovenian opera composer ever, and in 2019 the Prešeren Fund Award for his top artistic achievements of recent years. A rich artistic activity, both at home and at stages abroad, which is characteristic for him, was recognised in the best possible way in the Kiev Camerata concert dedicated to his creative opus, where also his Concerto for Two Violins and Strings was performed, distinguishing him also as an orchestral or concert music composer. 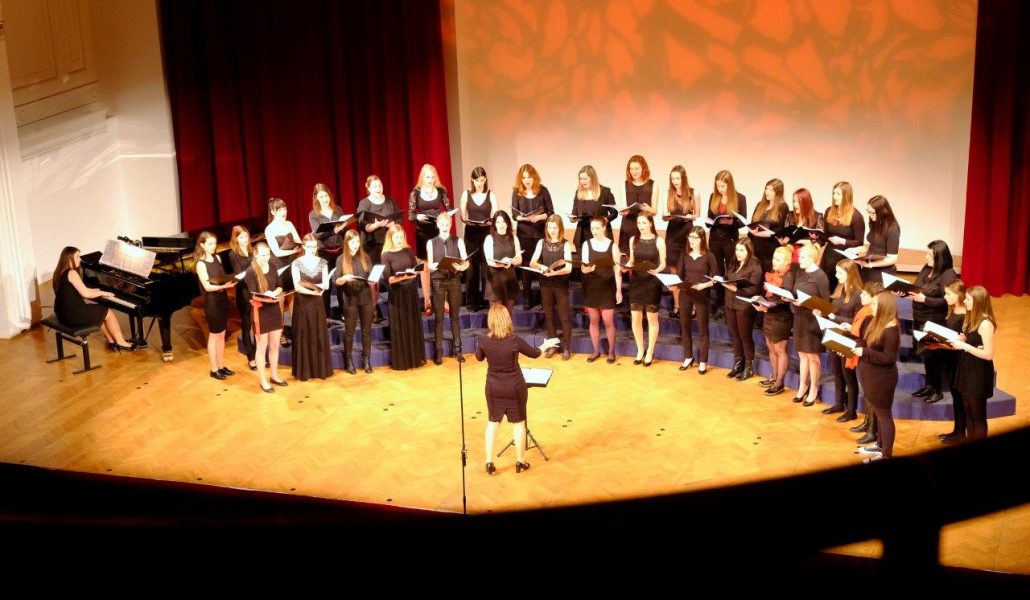 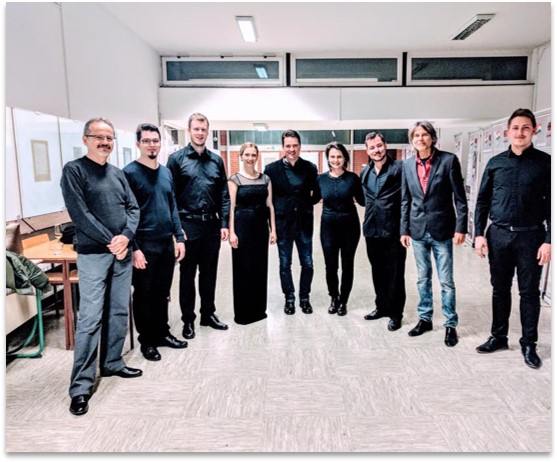